Our Travel Guide gives you some recommendations for your next stay in South Africa. Browse through information and gather inspiration for an unforgettable adventure!
Read on
Outdooractive Editors  Verified partner
Author of this page

A history of modern tourism

The Republic of South Africa with its capital Pretoria is located at the southern tip of Africa. In the middle of the 17th century, merchant travelers of the Dutch East India Company set up a supply station at the Cape of Good Hope - the prelude to more than 150 years of colonial rule by the Netherlands. Around 1800, the Cape Colony finally fell into British hands, which deprived many of the Dutch settlers known as "Boers" of their livelihood. The following Boer wars split the country more and more and even a rapprochement of the two powers from 1910 on could not unite South Africa before the two world wars.

While the British campaigned as allies against Hitler's Germany, the Burmese "Afrikaans Nasionale Party" sympathized with the racial teachings of the National Socialists. This was certainly a cornerstone for the subsequent period of apartheid, in which black and white South Africans lived separately according to strict laws and were treated differently depending on their skin color. 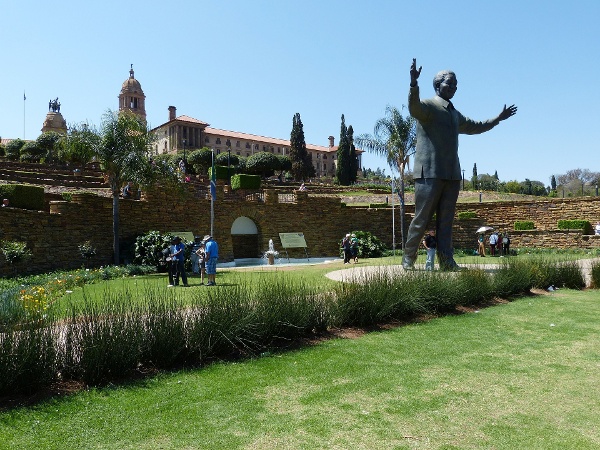 A final political change did not take place until the early 1990s. There was a gradual move away from the rigid policy of ethnic segregation towards democracy, which was achieved through Nelson Mandela and the 1994 elections.

As a result, South Africa is a country that was relatively late in opening up to tourism. It is only since democratization and the end of apartheid policy that the republic at the southern end of the "black continent" has become attractive for tourists. 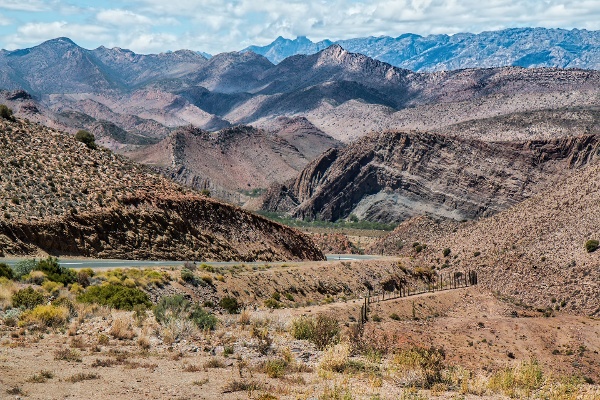 The climate in South Africa is extremely diverse. While the Kalahari Savannah stretches along the border with Namibia, which is also called "desert" because of its extreme aridity, subtropical forests can be found along the border with Mozambique. The coastal regions have a maritime character.

The Kruger National Park, the Winelands around Stellenbosch, the Garden Route, the Drakensberg Mountains, the Blyde River Canyon, Table Mountain near Cape Town, the Cape of Good Hope or one of the many sandy beaches on the Indian Ocean are part of most of the itineraries in South Africa. 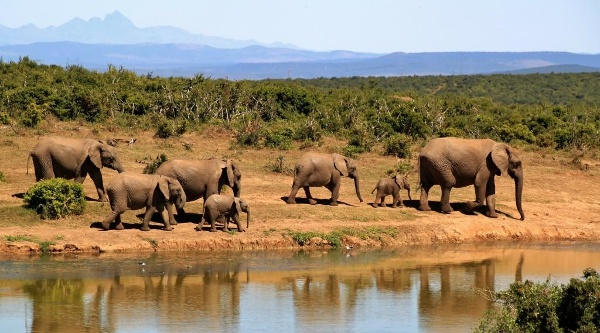 Photo: Outdooractive Editors
The animal world is just as diverse as the landscapes: more than 300 species of mammals, 500 species of birds, 100 species of reptiles and numerous insects call South Africa their home. So don't be surprised if you meet penguins and African elephants on the same day. A very special experience is without a doubt a safari through the Kruger National Park or the Hluhluwe Game Reserve. There you can admire the "Big Five": elephant, rhino, buffalo, lion and leopard.

All things sports in South Africa

With a coastline of more than 2500 km, two adjoining oceans, wild rivers, romantic lakes and waterfalls, South Africa is a Mecca for water sports enthusiasts. Surfers love to go to Camps Bay off Cape Town, where they can enjoy the high surf and breathtaking views of Table Mountain. Wonderful waves can also be ridden in False Bay, known as a surfing hotspot.

In Langebaan, which is a bit more sheltered on the west coast, there are numerous sailors, kayakers and fishermen. And if you are looking for an idyllic beach, the best place to go is Plettenberg Bay.

Put your hiking boots on

Hikers can look forward to numerous routes through the Drakensberg mountains, which run through the country from northeast to southeast to the enclave of Lesotho, where they are almost 3500 m high. The Drakensberg Mountains are both a World Cultural Heritage Site and a World Natural Heritage Site and impress with their diverse flora and fauna and the fantastic backdrop for varied walks far away from the tourist streams.

Cycling tourism in South Africa has not yet been established very well. Although the bicycle is a common means of transport for South Africans, especially in rural areas, hobby and sports cyclists are hardly ever found. Nevertheless: Every year in March the Argus Tour takes place, a bicycle race which is considered to be one of the world's largest day bike tours with a distance of 105 km and 35,000 participants.