Lithuania is still a rather small tourist destination, but it has a wide range of cultural and outdoor activities that will make your holiday unforgettable. The mystical forest stretches for miles across the country and has been the link between Lithuanian nature and culture for centuries. Immerse yourself in the tranquillity of the forest and plunge into the vibrant city life of Vilnius!
Read on
Outdooractive Editors  Verified partner
Author of this page 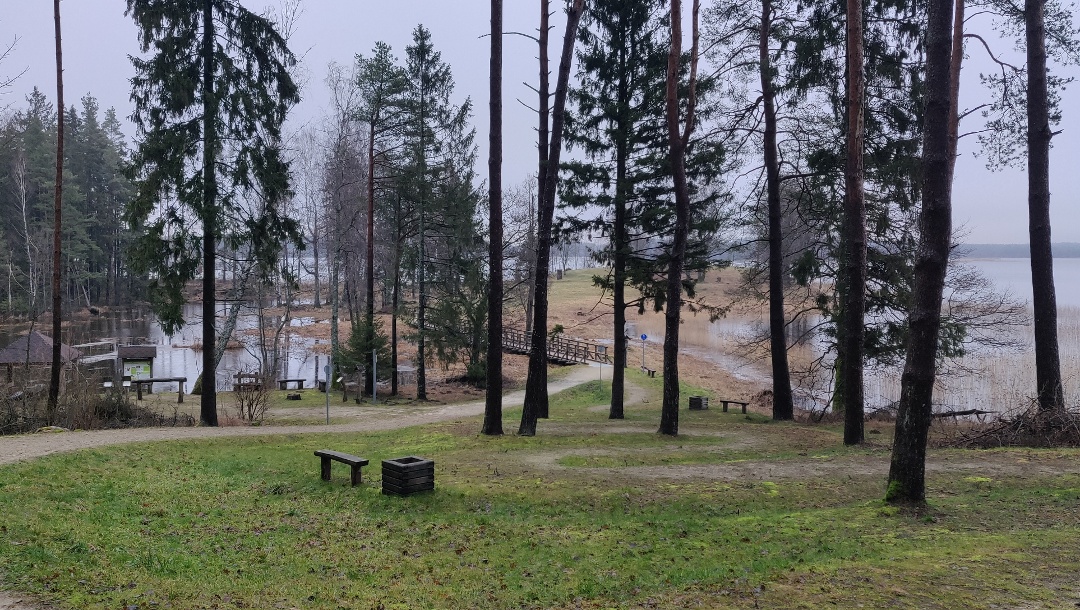 Forest as far as the eye can see

Lithuania is a forest country – large parts of the country are covered with deep green forest. Despite the industrialisation of the 19th and 20th centuries, nature is as alive as ever. Deep in the forests, wild nature experiences await you. Lithuania especially promotes eco-tourism – holidays as sustainable as possible. Get to know the country's heritage first-hand and immerse yourself in the wild world of the mystical forests.
Lithuanian Folk Museum (Rumšiškės)

With 195 ha, the museum is one of the largest ethnographic open-air museums in Europe. On this area visitors can get an insight of the past of Lithuania.

Birštonas is the tallest observation tower in the whole Lithuania. With a height of 51 m, it stands out in the Nemunas Loop Regional Park.

Dutchman's Cap – Olando Kepurė in the local language – is a cliff in Seaside Regional Park.

Green and blue are the dominant colours of nature in Lithuania. Besides deep forests, the country is surrounded and criss-crossed by water. On the Baltic Sea, sand dunes invite you to explore, and in the middle of the country, one lake follows another – there are around 3000 natural bodies of water to discover here! Get ready for an unforgettable outdoor experience and enjoy the peace and quiet on the hiking and cycling trails.
Scenic Hike around Trakai and Varnikai Botanical Zoological Reserve

The hike offers a half or full day getaway from the city to the medieval town of Trakai surrounded by many lakes and thick forests.

This is one of the most popular tourism routes in the Žemaitija National Park, on which interesting objects of tourism, natural and cultural valuables, scenic panoramas are plentiful and tourism infrastructure is built. Circular route length is 24 km.

In 2009, the country's capital was named the European Capital of Culture, but the city has been the centre of the region for centuries. Vilnius is Lithuania's largest and oldest city, and its heritage is evident in the cityscape. Western and Southern European Gothic, Renaissance and vernacular Baroque buildings in the Old Town tell a rich story. The medieval alleys have therefore been protected as a UNESCO World Heritage Site since 1994!

Vilnius is called the "Rome of the North" because one church follows the next. The baroque towers dominate the cityscape and give it a touch of an Italian metropolis. Vilnius Cathedral was built in the 13th century, is the oldest church in the country and well worth a visit!

If you think Vilnius is all old walls, you are far wrong. The city is growing incredibly fast. The centre of business and politics is the "modern Vilnius" north of the Neris. Here you will find a lot of innovative start-ups, modern architecture and colourful hustle and bustle.