Whether it is on ice and snow, in the arctic tundra or on a canoe trip in the vast wilderness on the border with Alaska: Canada offers all facets of travel during all seasons. Almost 90 percent of the country is unspoiled nature: Experience the vastness of the wilderness in the Yukon, watch the mighty grizzly bears catching salmon, climb icy glaciers and let your gaze wander over magnificent glacial lakes reflecting the evergreen forests of the Canadian West. Admire the unique beauty of Indian Summer in the province of Quebec in eastern Canada. In contrast, the large metropolises in the south attract visitors with their unique flair and cultural diversity. Canada has no boundaries. Boundlessly diverse and boundlessly beautiful.
Read on
Outdooractive Editors  Verified partner
Author of this page

Show Map
Alberta
The breathtaking sceneries of the National Parks Banff and Jasper turn Alberta into a paradise for ...
British Columbia
British Columbia offers great adventures for tourists. Eager to get some travel recommendations? Our ...
Manitoba
Manitoba provides outstanding adventures for outdoor enthusiasts. Do you need travel tips? With your ...
New Brunswick
4If you are considering an active holiday, you can’t get around New Brunswick. In search for trip ...
Newfoundland and Labrador
Newfoundland and Labrador is the kind of place that active travelers return to over and over. Hungry ...
Northwest Territories
Leave the well beaten paths and discover the Northwest Territories on your own. Do you need travel ...
Nova Scotia
Nova Scotia offers great adventures for people who like the outdoors. Are you looking for some ...
Nunavut
Nunavut offers great adventures for people who like the outdoors. Do you need some travel ...
Ontario
With its cultural and natural wonders, Ontario is one of the most popular destinations in Canada. In ...
Prince Edward Iceland
7Leave the well beaten paths and discover Prince Edward Iceland on your own. In search for some ...
Québec
Of 10 provinces, Quebec is the largest in Canada, which means there is more than enough room for all ...
Saskatchewan
Leave the well beaten paths and discover Saskatchewan on your own. Eager to get some travel ...
Yukon
Yukon offers an endless feast of experiences for people who like the outdoors. In search for travel ...

Canada’s culture: between nature and metropolis in Ontario

The province of Ontario is the epitome of Canada. The world-famous Niagara Falls are located there. With a height of almost 60 m, the Niagara River rushes into the depths at the border to the USA.

In Canada's capital, Ottawa is a flourishing city where the country’s culture influences daily life. Numerous tourists are enchanted by the National Museum and many art galleries in the “City of Festivals.”

And if the city is too much for you, visit the CN Tower in Canada's largest city, Toronto. Some 500 meters above the metropolis, visitors can enjoy a breathtaking view of the skyline of the megacity. You better not be afraid of heights, the glass floor provides amazing views, however, it requires a bit of courage to step on it.

Less known, but just as worth seeing, are Ontario's nature parks. There, trekking and mountain lovers get their money's worth in the intact forests around Lake Superior and the natural lakes and rivers in Algonkin Provincial Park.

British Columbia offers a pure and untouched nature. On the Pacific coast, the province offers an impressive rainforest coast. Especially on Vancouver Island and Queen Charlotte Island. With a bit of luck, you will even discover the largest mammals our blue planet has to offer - the whales. From the end of April until the beginning of June a multitude of grey whales pass by Queen Charlotte Island. But also orcas, humpback whales and porpoises can be seen here occasionally.
And for those who like it more comfortable, the Okanagan region has a very special highlight. Here, you will find a variety of the so-called “Hot Springs” - the hot mountain springs in the Canadian Rockies. The natural pools, which are about 40 degrees Celsius warm, bring mineral-rich, natural healing water with them, which helps to relax muscles and reduce stress. 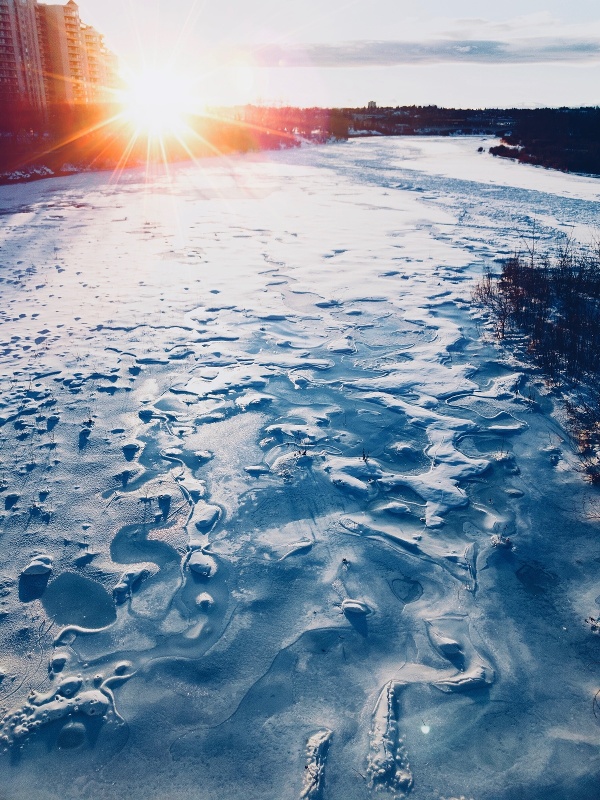 At the latest since the 1988 Olympic Games in Calgary, it has been clear that Canada is more than just a summer destination. In the extensive ski areas in the west of the country, winter sports enthusiasts get their money's worth. Whether on the slopes, on touring skis on the peaks of the Rockies or freeskiing – the country holds a range of winter sports activities for every taste.

The most famous ski area in Canada is Whistler Blackcomb. After a two-hour drive from Vancouver, the more than 200 marked slopes open up unimagined possibilities. The ski resort has been awarded several times as the best in North America.

Canada's highest ski area, however, is located in the middle of Banff National Park. Especially those who love steep and challenging slopes can really let off steam here.

And who doesn't know the spectacular downhill races of the World Cup ski circus in Lake Louise? With this ski resort, the province of Alberta is home to a veritable winter sports jewel. Guests can enjoy over 140 groomed and natural slopes surrounded by glaciers and turquoise lakes.

And for the really crazy among you, Canada also offers the toughest sled dog race in the world, the Yukon Quest. Over 1600 km the Mushers – that’s what the dog sled guides are called - speed with their dogs at up to minus 50 degrees Celsius through the moody Canadian winter.
Whistler, BC, Canada
Photo: Peter Fitzpatrick, CC0, unsplash.com
Travel Guide Canada