Argentina is the second largest country in South America after Brazil. Together with its western neighbour Chile, it occupies the entire southern tip of the continent. Due to its immense north-south expansion, Argentina has a share in several climate and vegetation zones – from the dry savannah Gran Chaco in the north to the swampy Mesopotamia in the east, the grassy pampas around Buenos Aires, the barren mountainous region of Patagonia and Antarctica in the south.
Read on
Outdooractive Editors  Verified partner
Author of this page 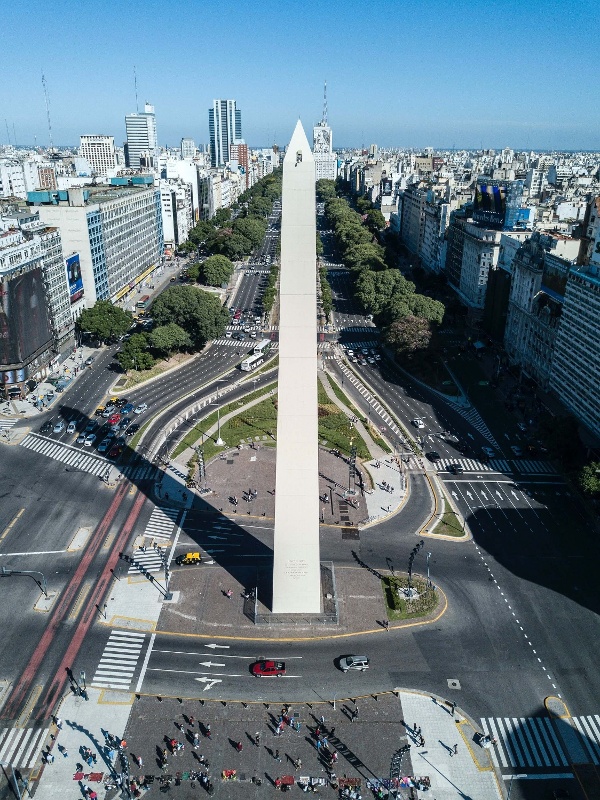 The complete western border of Argentina runs through the Andes, where numerous 6000 m peaks rise into the sky. One of them is the 6961 m high Aconcagua, the highest peak of the South American continent and therewith one of the “Seven Summits“.

In the north-east of the country there is the Argentine capital Buenos Aires with approximately 15 million inhabitants. Around this immense conurbation stretches the vast pampas – a region that is mainly characterized by cattle and sheep breeding. A typical symbol for the inhabitants of the pampas is the gaucho – a cattle breeder or drover on horseback, whose role is reminiscent of the American cowboy.

The Argentine writer Jorge Luis Borges once described his compatriots as „Italians who speak Spanish, would like to be British and believe that they live in Paris“. Until the early 19th century Argentina was part of the Spanish colonial empire. A huge wave of immigration from Europe, primarily Italy, continues to shape the demography and culture of the people to this day. Culturally, Argentina is particularly well known for the music and dance of the tango.

Tourism in Argentina is concentrated in relatively small areas – a large part of the country is uninhabited and sometimes even inaccessible. Popular destinations for holidaymakers are the seaside resorts on the Atlantic coast, the famous Iguazu waterfalls on the border with Brazil and the Patagonian Andes, which attract mainly outdoor sportsmen and adventurers.

The Autonomous City of Buenos Aires is the nation’s capital, as its name describes it, since 1994 it was declared autonomous, obtaining a similar status to that of any province, having representatives in the Congress of the Argentine Republic and its own legislature. Thus, the Federal Capital does not belong to any province. Therefore, it should not be confused with the Province of Buenos Aires, whose capital is La Plata. Like many of the large metropolises, most of Argentina's population is concentrated here, with 2,890,151 inhabitants, and hundreds of thousands more who commute from the province to work in the capital. Argentina is a very large and diverse country, it could be said that the City of Buenos Aires has its own personality and characteristics, like all the provinces of the country. The National Capital is synonymous of Tango, with cafés and bars where you can breathe the bohemian atmosphere of past times, combined with the lively and relentless youth that gradually transforms the culture. The national pride, the fanaticism for soccer, the tango and folklore of the "porteños" mixes with cosmopolitan crowds and new trends, making Buenos Aires a traditional, and at the same time, modern city. Friendship is not lacking in Argentina, with excuses of mates, asados and soccer the "porteños" meet constantly, and with a spirit of companionship that will never be missing. Enjoy the city with friends or simply make new ones, you will always find someone to accompany you in Buenos Aires.
· Argentina
Buenos Aires

The bustling streets of the City of Buenos Aires interrupt our calm to enliven our senses. Between neighborhood bars, ...